a cappella group from Brno (CZ) 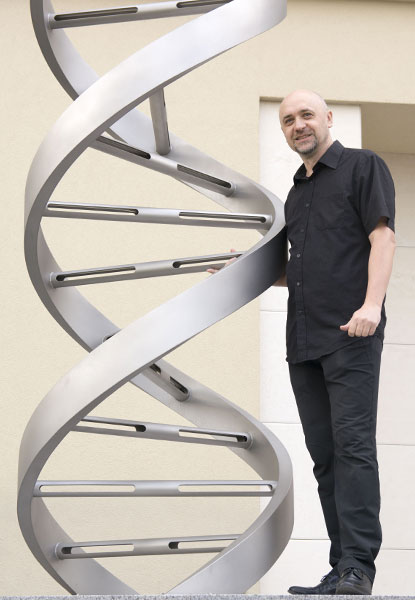 A founding member of DNA (Dej Nám Akord) and during the day a researcher in DNA (deoxyribonucleic acid), having graduated in Molecular Biology and Genetics at the Faculty of Science, Masaryk University in Brno. Both DNAs have become his passion and he devotes himself tirelessly to them, but he has many other hobbies, such as the Japanese strategy game Go and other board games, and various sports (such as squash, badminton, table tennis, cycling and hiking). He is also interested in good food, books and poetry, and is the author of the poetry collections Kvítí (Flowers) (2010) and Na chvilku zavři oči (Close Your Eyes For A Moment) (2016).

He has been playing music since childhood, has sung in several choirs and has played in amateur folk-oriented groups on guitar, bass and flute, but he gradually put aside the instruments and began to devote himself to the nicest musical instrument – the human voice and a cappella music. For several years he worked as a Czech ambassador to the international company supporting a cappella music CASA and prepared programs on a cappella music twice a month for radio Proglas.